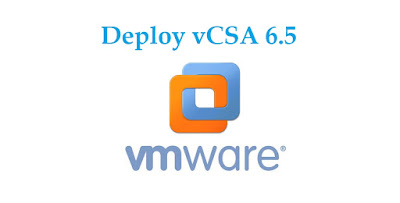 Imagine that you have 10 or 20 ESXi servers or more than this your environment and managing or configuring individual host is a big nightmare because you need to do the configuration for all ESXi host in difference consoles. To make life easier, VMWare introduces the VMWare vCenter Server which provides a centralized platform for managing your VMware vSphere environments, allowing you to automate and deliver a virtual infrastructure with confidence, managing all your ESXi servers in one centralized console.

2. After extracted, look for the .ova file inside the vcsa folder, double click to import the OVA file. 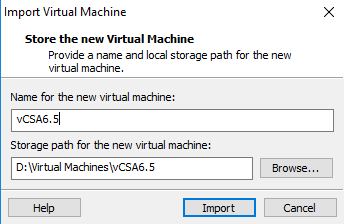 4. After the importing finish, do not power on the virtual machine yet. Now navigate to the directory where the VCSA 6.5 was deployed, open the .vmx file and add the following expansion lines to the end of .vmx file:

5. Save the .vmx file and power on the virtual machine then wait until the process finish. During the process there will be prompts for a login (first screenshot), there will be the UI showing uninitialized (second screenshot), but you should not touch anything as many processes are working behind the scenes and both parts of the deployment phases are executing (deployment AND configuration).

6. This is the final screen that shown we have successfully deploy the vCenter Server Appliance with the information we specified in the .vmx configuration file. 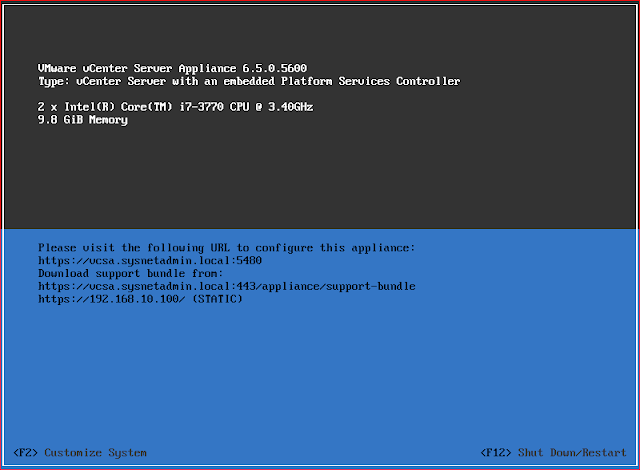 Finally, we have successfully installed VCSA 6.5 server for our lab. The next part 3, we will talk about the usage of VCSA server to manage our ESXi hosts.

Iconic One Theme | Powered by Wordpress